Romanian Сompanies Sell Online on Their Own, More Than other Companies in the EU 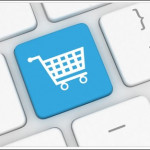 16 percent of all enterprises located in the EU and employing at least 10 people received orders via a website or apps (web sales) in 2016, Eurostat reveals. At the same time, more than 8 in 10 enterprises with web sales (85 percent) sold through their own website or app.

Among the EU Member States, the highest shares of enterprises with web sales that used their own website or apps were reported in the Czech Republic (98 percent), Slovakia and Finland (both 97 percent), Croatia (96 percent), Latvia (95 percent), Spain and Romania (both 94 percent).

The lowest shares were observed in Slovenia (64 percent), Germany and Luxembourg (both 75 percent).

In Romania, only 23 percent of enterprises with web sales used e-commerce marketplaces, below the EU average, but better than in the Czech Republic, Croatia and Finland, where 14 percent of the internet sales companies used an electronic market.

Web sales include both sales to individual consumers and to other enterprises.