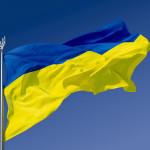 Nearly 100,000 Ukrainian programmers serve thousands of companies as the demand for IT workforce is constantly growing on the global market

In spite of the country’s recent political turbulence, Ukraine has seen its IT service and software R&D sector grow every year by double-digit figures. From Cisco, to Oracle, to Rakuten, to Samsung, more than a hundred global major tech firms conduct R&D activities in Ukraine, while an array of local IT outsourcing companies of all types and sizes serve clients worldwide.

Ukrainian developers often work on mobile, software, enterprise and web projects in a variety of verticals. A range of providers have build their reputation in solving complex engineering tasks. One may also find in Ukraine excellent resources for front-end development, UI/UX design, QA and other tasks.

The export volume of Ukraine’s software development industry reached at least $2.5 billion in 2015 (number 3 export sector. This is just a fraction of the country’s potential, taking into account its large and skilled workforce.

In partnership with local and international industry associations, Ukraine Digital News (www.uadn.net) is releasing the first comprehensive report on this industry.

In addition to a complete set of data, including detailed analysis by industry segments and regions, the report features fascinating cases of international software R&D collaboration – for example, how a relatively small company from Eastern Ukraine brilliantly solved mobile virtualization tasks assigned by a South Korean research institute, while disruptive UK fintech and healthtech startups have found industry and technology expertise in a company from Western Ukraine.

The report also speaks frankly about the problems that may arise in outsourcing projects. Miscommunications, inadequate methodologies, internal resistance and other frequent issues are discussed by both services providers and their clients, who share their experience and their advice for smooth interactions.

Top legal experts have contributed advice to international companies to draft outsourcing contracts and secure their IP rights, while Deloitte Ukraine has offered a detailed account of the present tax rules as far as IT services and local R&D centers may be concerned. IN PARTNERSHIP WITH LEADING INDUSTRY ASSOCIATIONS