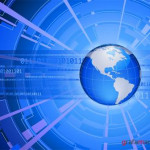 The Philippines will host the Third Annual International Outsourcing Summit (IOS), a landmark event for IT-BPO industry, with sessions led by over 70 expert speakers and panelists speaking to over 300 international delegates.

According to organizers, the summit provides a platform to assess progress towards development goals provided in the IT-BPO Road Map 2011-2016, which projects potential annual growth of up to 20% over the next five years, generating 1.3 million direct jobs, 3.2 million indirect jobs, and US$25 billion in revenues. The event is organized by the Business Processing Association of the Philippines (BPAP).

While traditional voice-based BPO will contribute substantially to that growth, non-voice, complex services are expected to be the principal engine of growth for the industry, according to Raymond Lacdao, Industry Affairs Executive Director of BPAP.

“We anticipate growth in non-voice, complex IT-BPO services of 20-25% over the next five years,” Lacdao said. “Voice-based services will grow at a rate of 15-20%,” he said. “IOS 2011 was designed to focus attention of the industry on the potential of non-voice, complex IT-BPO services, and to increase the global visibility of the Philippines’ capability for delivering these services.”

This year’s summit also includes a session on how the industry can extend its leadership in the industry through innovating new services, including research and development. “Last year, we became the global leader in voice BPO,” Lacdao said. “But we are rapidly transitioning to non-voice, complex services delivery. We want to demonstrate that the Philippines has a very high capability in this area, including emerging complex services.”

Influential industry executives representing other country industry associations will attend IOS to pitch their own capabilities. They include Armand Angeli, co-founder and president of the European Outsourcing Association; Sergio Pessoa, director of marketing and international markets of the Brazil Association of Software and Services; and Valentin Makarov, president of the RUSSOFT Association.

Alfredo Ayala, president and CEO of LiveIt Investments Ltd. and BPAP chairman, will moderate an “Emerging Markets” panel on the first day of the summit. Philippine President Benigno S. Aquino III will deliver the keynote address.