3 Things that Will Change the Internet in 2015 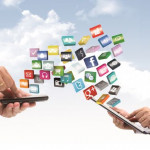 The Internet is only 20 years old, but it has already been the fastest technological revolution in modern history. Its effects have touched almost every citizen in the world. It is impossible to imagine the world of today without the Internet.

In just a few years, the Internet could look totally different than it does today. But what will change the Internet and how could this impact our future lives? Read the post below to learn about three important ways that artificial intelligence will totally change the look of today’s Internet in order to make the process of searching for information easier and more advanced.

In the future, we might depend on additional interfaces to find information on the Internet. According to tech researches, the top 3 things that could change the Internet in the near future are: voice recognition and voice search, a more efficient search for images by the information they contain, video analysis tools to check video or ads that are relevant to the content we’re viewing.

Baidu – the second-largest web search provides in the world, with its biggest user base in China – has already been preparing its systems for the time when text will be another option for searching. Andrew Ng, Baidu’s chief scientist and the Head of Baidu Research, thinks that in 5 years almost 50 percent of all queries will be related to speech or images.

Web search providers, like Google, Baidu, and Microsoft, are making efforts to integrate deep learning into a variety of applications. Deep learning, a type of artificial intelligence, involves training systems called artificial neural systems. These artificial neural systems derive information from audio, images, and other inputs and then present the systems with new information. This technology is also useful for companies that handle lots of content, like Facebook, Netflix, and Twitter etc.

“Making Baidu and other search engines more accurate, could lead to more effective searches in countries where a huge percentage of the population is illiterate. Indeed, already one in 10 queries that Baidu receives comes from speech”,

Such tech giants, like Baidu, Apple, and Google; are already building their own voice recognition technologies that are capable of learning from a huge amount of data.

Deep learning has produced dramatics advances in processing images over the last few years. Last year, for example, Facebook used this technology to build a system that can determine whether it’s the same person in two different photos or not, and Google used this method to create software that describes complicated images in short sentences.

Scientists from Yahoo Labs and Stanford University use a different approach to build their model of computer facial recognition. They capitalize on studies that were done in last couple of years on a type of machine learning known as deep convolutional neural network.

The main idea is to train a many-layered neural network using a database of 200,000 images, in this case pictures of faces from different angles and orientations. They trained the neural net in batches of 128 images over 50,000 iterations. The result is a single platform that can spot faces from different angles. The team calls this approach the Deep Dense Face Detector.

This interesting work shows how fast facial recognition is progressing. The greatest promise of this kind of algorithm is in image searches. Technology Review that it’s straightforward to search for images taken at a specific place or at a certain time. But it’s not so easy to find a photo of some specific person. The Deep Dense Face Detector has made a step into this future direction when images and photos will be searchable.

VentureBeat has reported that a startup called Clarifai can quickly recognize and point out objects that appear in videos. Its software can analyze video clips and recognize 10,000 different objects inside of these videos. It can analyze a video faster than a human can watch it. For example, the software has analyzed a 3.5 minute video clip in just 10 seconds.

Clarifai is offering the technology as a service and its application programming interface is open for everyone to test and to use. It’s expected that it will be used for matching ads to the content of online videos. The developers are working on a functionality where the software will be able to summarize what happens in video and what specific activity it is showing.

As a result, this software can identify at which point in a video it is the best to place a specific ad. This could be really attractive to advertisers to be able to automatically match their ads with a particular moment in a video and this could make it more tolerable for consumers who are fed-up with irrelevant ads.