4 Startups Directions To Take On in 2017 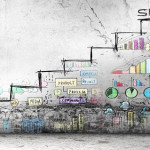 Before we start exploring startup tech trends for 2017, let’s think about the main question for the introduction part. Is it fair to say that the future is unforeseeable and trends are never 100% guaranteed? The answer, surely, would be ambivalent as for any other questions containing “always” and “never”.

You may ask yourself “So what is the point in reading any predictions then?“ The point is even if we can’t be sure about the future, we can plan for it according to something we already know. That’s the point.

It’s true to say that startups themselves are the biggest trend in the tech world since the number of small and medium companies is only growing. For instance, back in 2016, the percentage of investments in startups grew 19% over 2015, resulting in breathtaking $176 billion, says Crunchbase.

So what are the top startup trends we should anticipate in 2017? The ones which we’ve seen taking off in 2016, surely. Remember the famous “Who controls the past controls the future” line? Let’s go.

As you might remember, some intriguing headings like “2016 was the year AI came of age”, “AI was everywhere in 2016”, and “The Great A.I. Awakening” were all over the place in media last year.

Fair enough. In 2016, technology’s progress was sufficient to let even smaller companies take part in the AI development. Several universities started to educate students about AI’s possibilities. According to Ludo Ulrich, head of startup relations at cloud CRM provider Salesforce, this development is “creating a larger talent pool” of AI professionals, resulting in a much quicker innovation’s pace in 2017. 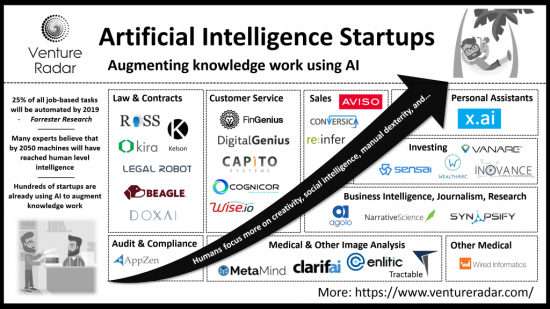 Here’s what he says on the matter:

“Now that the true importance and impact of AI has been discovered and has become more accessible than ever before, 2017 will be the year where the knowledge that used to be possessed by a select few will now become imbued throughout the tech landscape — allowing for younger startups to truly innovate in the space”.

For many years, artificial intelligence has been regarded as an unreachable science fiction fantasy. And now it is our reality – machines analyzing behavior patterns and making predictions based on those patterns.

So what is the good news for you then?

AI will continue to gain solid ground in 2017 and startups will have more opportunities to make a contribution to further AI’s development. The current accessibility of AI will allow new players to diversify the startup arena with their brand new ideas.

As everybody knows, a chatbot is a computer program which simulates a conversation with real humans through a chat interface.

This technology went totally mainstream last year, but there’s even much more to gain in 2017.

“Thanks to AI, we’ve seen chatbots take center stage in 2016, and as we break into 2017, we expect this trend to spur even more innovation, specifically in the enterprise,” 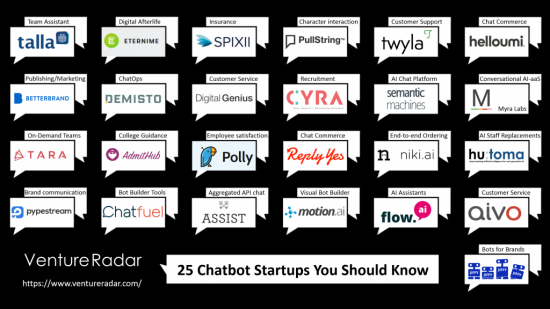 For instance, Taco Bell’s TacoBot helps clients to make orders on Slack chat. Sephora lets their customers order on the messaging app Kik, and Ticketmaster has recently presented a new website chat widget – in other words, the examples are numerous.

Gartner forecasts that more than 85% of interactions with customers will not include a human being by 2020, and chatbots will be the AI’s weapon of choice during the next five years when it comes to customer service, according to research from TechEmergence.

This way, more and more businesses are thinking of providing their customers with a personalized chat experience. This results in a chance for your startup. And you better be quick as in 2016, over 50 startups were building chatbots for the enterprise, according to Betaworks. We expect this number to grow in 2017.

Cybersecurity was a frequent newsmaker in 2016 – just remember Apple’s iOS encryption dispute with the FBI or attack on NASA’s website.

This year has been marked by major data breaches, bank heists, account hijacking, hacktivism, DDoS attacks – you name it. This panic has been caused by cyber-criminals as they are more tech-savvy and organized these days.

Results? Well, it’s evident! The percentage of Americans who said they were extremely or very concerned about cyber threats increased to 55% compared to 45% in 2015.

Thus, many professionals in this field expect some continued growth in the cybersecurity space in 2017.

“Companies looking to beef up their security defenses invested in software and other appliances. We anticipate businesses will start investing less in endpoint solutions and more in managed services that help them make sense of their existing infrastructure.” 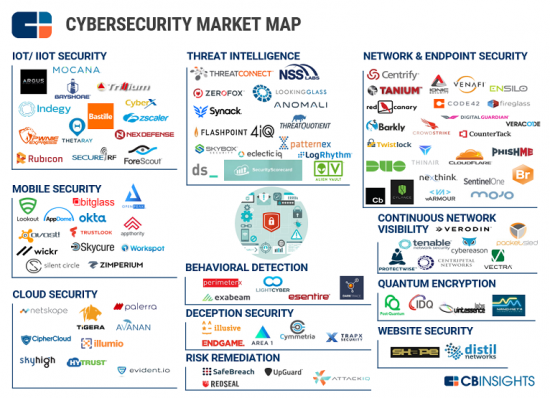 “Security is complex and hard to manage”,

“In 2017 and beyond, we see the role of managed security service providers as increasingly important in helping organizations reduce the risk of a security breach.”

Cybersecurity will be one of the biggest AI startup industry trends. Undoubtedly, startups focusing on how to protect information from outsiders attacks will rise above the rest.

For lots of us, 2016 was the year of Pokémon Go’s craze. No wonder that augmented reality (AR) is on many people’s radar in 2017. Virtual reality (VR) is also something not to be neglected in 2017 and beyond.

All this year through, 30% of customer-oriented Global 2000 companies are expected to experiment with AR and VR in their marketing initiatives, IDC – the market intelligence company – predicts. 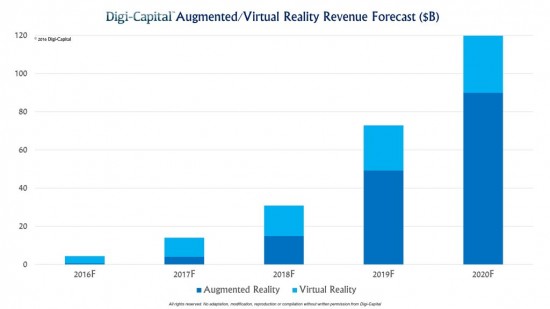 Here’s what they say:

“Interfaces are the essential gateway to customer engagement and they are evolving much faster than many have anticipated.”

IDC expects AR/VR to reach global adoption by 2021 when more than a billion people will access apps, content, and data through an AR/VR platform. But VR won’t simply be a technology for entertainment. Today, VR is used in healthcare, entertainment, automotive, space industries among others. Next year, we can expect a much wider application of VR and it’s not just about gaming or entertainment.

Nowadays, the startup business model is a sort of a standard for most of new ventures. Quite obviously, with more and more startups keeping the market over-saturated, the competition is fierce which means that your business has to keep up with new trends to be in a winning position.