5 Job Categories AI Will Disrupt, and How Mid-market Companies Are Responding 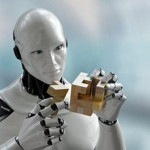 Reskilling workers and redesigning jobs are two priorities for organizations augmenting the workforce with tech, according to a Deloitte report.

Technologies like artificial intelligence (AI) are transforming nearly every task, position, and organization in the marketplace, and mid-market private companies recognize that existing workers must be prepared for the shift, according to a Tuesday report from Deloitte.

The report surveyed 500 executives in the mid-market and private segments, and found that certain positions and industries are more likely to be disrupted by technologies than others. Digital disruption is likely to have a broad impact across companies in the following areas, respondents said:

This doesn’t mean that professionals in those areas are out of a job, however. Some 61 percent of mid-market executives said they are reskilling employees, and 57 percent said they are redesigning jobs to better integrate people and machines in the workplace, the report found.

Company leaders expect that these strategies and the combination of man and machine will lead to more positive outcomes for workers and leadership: 58 percent of executives said they anticipate a boost in worker productivity, and 55 percent said they expect a reduction in operational costs.

Mid-market and private enterprises are also turning to the gig economy to address talent shortages: 62 percent of executives said hiring gig workers allowed their company to become more agile in product and service development. Half of companies surveyed said they are now using gig workers to develop entire new lines of business, according to the report.

With a high demand for talent, mid-market companies are also focusing on methods to attract and retain Gen Z workers. Top strategies for recruiting these young professionals include creating an inclusive workforce (64 percent), implementing experiential learning and development (58 percent), and focusing on well-being (55 percent).

The big takeaways for tech leaders: