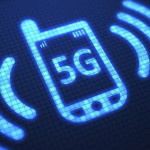 The tests, which used the Alef edge computing platform, were completed across New Jersey, Sao Paulo, and Mumbai.

According to Alef, the tests show its platform can be “reliably deployed into national mobile networks as a seamless, transparent overlay on their existing 4G infrastructure”.

“Alef also demonstrated comprehensive interconnects with existing operations, administration, maintenance, and provisioning systems … throughout all of this testing, zero changes to the existing infrastructure were required.”

In July, Huawei, Intel, and China Mobile also worked on 5G interoperability and development testing (IODT), which they said would help accelerate the commercialisation of 5G networking equipment globally.

“This was multi-vendor 5G NR IODT with full protocol, full channel, and full procedure finished, which means that 5G network and 5G terminals from different vendors can not only perform functional tests, but also can further implement 5G service tests [and] support various enhanced mobile broadband services such as ultra-high-definition video and VR,” the companies said at the time.

Intel and Huawei had in February used Mobile World Congress (MWC) 2018 to conduct the world’s first 5G NR over-the-air interoperability public demonstration after Huawei had announced partnering with Intel on interoperability trials based on 3GPP standards back in September 2017.