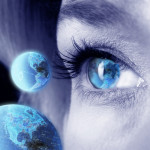 Accenture (NYSE: ACN) has been selected by the Ministry of Internal Affairs to design and deliver Automated Border Control Systems (ABCS) at Schiphol airport in Amsterdam. The new systems will reduce the waiting time of travelers passing through one of the world’s busiest airports during peak immigration periods by more efficiently validating passenger identities and documentation.

Accenture will initially deliver 36 electronic border-crossing gates to be used at Schiphol airport during 2011. The Automated Border Control System will use the latest in biometric technologies, including facial recognition, to validate passenger identities and passports.

Accenture is supported on this project by subcontractors Vision-Box and Capgemini. Accenture and Vision-Box  have successfully implemented similar programs across Europe to facilitate border crossings of large numbers of travelers in an easy and customer-oriented way. Accenture will work alongside Vision-Box and Capgemini to develop and implement the ABCS solution and is responsible for the on-going training, support and maintenance of the electronic border-crossing gates.

Speaking on the project, Ger Daly, managing director, Defense & Public Safety, Accenture Health & Public Service, said, “With growth in traveler numbers and increased documentation and visa complexity, border crossings around the world are now busier than ever. Accenture and our partners have extensive experience developing and introducing robust, resilient, secure and scalable electronic border-crossing systems at international airports in the United Kingdom, Finland and Portugal, and we have already overseen a successful pilot program for Schiphol.”