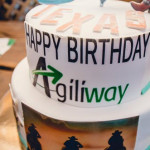 The beginning of August is a much anticipated period among the Agiliway team. We have already established a tradition of celebrating a Company Day in an exceptional and unforgettable way, and it is great we can share this tradition with new members of our ever-growing family. This year, Agiliway has turned three, and it is as ambitious and bold as heroes of Wild West, which was the theme of our great celebration party!

The event was held on 3rd of August in the Vikings Bay resort complex. After a short trip to the complex, everyone could have refreshment drinks, aperitifs and appetizers, walk around the enjoyable and picturesque spot, or have fun taking cool photos at the photozone. Pistols, cowboy hats and boots, and a large bag of money were unlikely to stay out of sight. 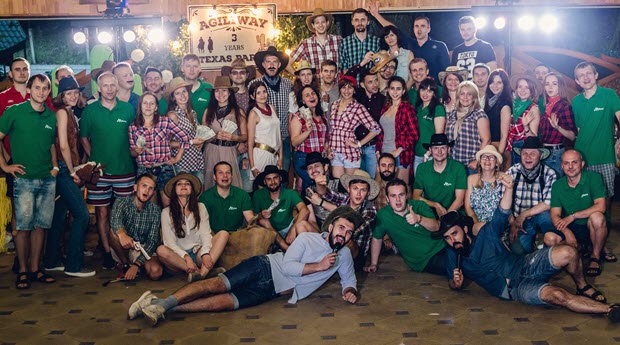 It was great to hear the words of inspiration and appreciation from our founders who announced the latest information: amazingly, the company grew to 99 people in just three years! Some of us have already noticed this change, as it took 5 large tables to host us all. Still, neither comfy tables nor tasty treats could keep us long from the active pastime offered: traditional football competition, swimming and sunbathing by the lake, and an exciting quest where teams could compete each other in climbing a rope course, riding velomobiles and scoring points in a shooting gallery. The heat of the competition continued on the dance floor where teams contested in speed and creativity. 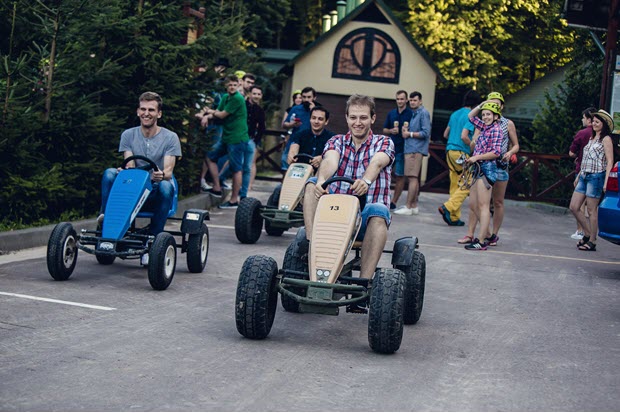 It was incredible to see so many people dancing to the music played by a live band and enjoying themselves all evening long. For sure, Agiliway has gathered not only the best experts, but also young (irrespective of age) and positive people!