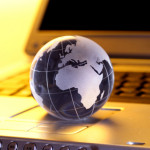 The past year 2010, represented the most successful year in the number of realised DCIx Warehouse Management System projects for Aimtec’s logistical DCI division. With twelve new projects valued at over 1 mil. CZK Aimtec therefore confirmed its stable position of a leader on the market of comprehensive deliveries of Warehouse Management Systems in the Czech Republic.

In 2010, projects from various sectors were realised. From wholesale and distribution companies, let’s name for example the deployment of DCIx WMS in the central warehouse of SPORTISIMO, management of animal feed warehouse in VAFO Praha or the management of logistical processes in the distribution warehouse of a Northern Bohemia company Adler Czech.

In the Czech branch of a logistics provider Ewals Cargo Care, the DCI team turned customers services more effective. Aimtec did not omit even the automotive supplier segment, in which it is already a respected expert. Aimtec’s know-how was applied in sizeable projects for companies Robert Bosch, Gumotex and Plastika. The year 2010 was also an important milestone, in which the first Great Britain project was commenced, namely in two English plants of the global Lear Corporation – Redditch and Coventry.

All abovementioned projects show tight specialisation on logistical processes with a knowledge crossover from the production area, which still maintains an important position with a total share of customer projects at approx. 56%. The actual DCI logistical division is expanding from the original warehouse management also to lean production management and planning (Heijunka) and collection of production data (MES).

New projects were also associated with new functionalities, for instance integration of DCIx to elevator modular systems and folders or utilisation of the PickByLight goods picking technology. In 2010, with the increasing number of projects, also the number of employees in the DCI division grew, both consultants and programmers.

After previous years of moderate growth, the EDI division also showed a significant increase of its annual turnover. As an exclusive partner in the Czech Republic and Slovakia for the TradeSync Integration Manager – product supporting electronic data interchange, the division expanded its cooperation with Axway and started to participate also in the support of other European customers. The strategic partnership with a German company Crossgate further aided the order growth.