Android Wear 2.0 to Launch in February 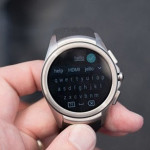 Google first announced Android Wear 2, an operating system designed for smartwatches and wearables in May 2016.

At that time, it was released as a developer preview with the expectation of an official release by the end of the year. Then in September, Google announced it was delaying the release of Android Wear 2.0 until early 2017.

Google has continued to release developer previews, aimed at helping developers prepare and create apps for the new OS ahead of public availability.

Android news website Android Police obtained an email sent to Android developers. The email opens with “Android Wear 2.0 is launching in early February 2017,” before going on to list items developers should be aware of when updating existing apps for the update. You can view a screenshot of the email here.

Google has confirmed to ZDNet the content of the email is accurate, meaning we can indeed expect Android Wear 2.0 to launch in early February.

The update adds significant features to the Android Wear OS, including a built-in Play Store to download and install apps directly on the watch, not through a smartphone as is required right now. A keyboard is included, along with the ability for apps to connect to the Internet through Wi-Fi, again, without the need of a nearby smartphone, a new app launcher, and support for complications on watch faces are also included.

Furthermore, Google confirmed to The Verge in December that it would launch two smartwatches of its own alongside Android Wear 2.0, which appears to be in just a few weeks.

In that same report, Google confirmed Android Wear 2.0 would support Android Pay on Android and iOS.