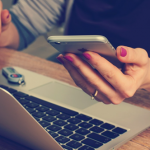 iPhone users in Hungary will now be able to use a new feature in Apple Maps, which allows them to get public transportation directions.  The new service not only provides directions, but also departure times and unexpected changes.

Transit data is not something new for Apple Maps, as it has been available for a while in cities in the United States, Australia, Canada and China. According to macrumors.com, the service has been recently updated to include transit data in Hungary, and is accessible using the Transit tab in iOS 9.

In the Budapest metropolitan area, supported vehicles include the Budapest Metro, BKV buses and trams, and HÉV trains. MÁV-START trains are also supported throughout Hungary for long-distance routes, macrumors.com reports.