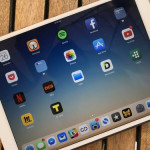 Apple just dropped a brand new beta for your favorite iOS update of the year. While iOS 11 isn’t coming out until September, the company has been testing the new version for a couple of months already. I still don’t recommend installing the beta on a device you use every day, unless you’re willing to live with bugs, crashes and poor performance.

The fifth beta is only available to developers who pay $99 a year to access new betas, developer tools and content. If you’re part of the public beta program, you’ll probably receive an update in a couple of days once Apple knows for sure that the beta isn’t going to destroy your device.

But if you’re already running iOS 11, head over to the Settings app of your iPhone or iPad to update. macOS High Sierra, watchOS 4 and tvOS 11 also received a beta update today.

These beta updates mostly focus on bug fixes and performance improvements. But the company is still making small adjustments. For instance, Apple promised to store your Messages database in iCloud. This isn’t going to be ready for iOS 11.0:

What’s new in iOS 11 exactly? The upcoming operating system feels like a brand new software platform for the iPad. It turns your device into a more capable tablet as you can drag and drop files, app icons and more across the operating system. There’s even a dock, a new app switcher and a Files app so that you can launch apps and manage your documents more easily.

And if you don’t have an iPad, most of the changes are under the hood, starting with Apple’s augmented reality framework ARKit. There’s also a completely redesigned Control Center — you can now customize your shortcuts.

If Apple follows the same pattern as in previous years, iOS 11 is going to be available a week after the introduction of the new iPhone in early September. If you can’t wait and want to see what it looks like, I wrote a preview if you don’t have a non-essential iPhone or iPad lying around.