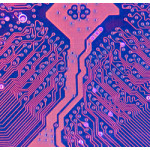 BUDAPEST, September 29, 2011 – GRAPHISOFT announced today that the Japanese version of ArchiCAD 15 has been released.

The Japanese version is the fourteenth of 26 localized versions in ArchiCAD 15’s global release schedule, and follows the release of the International, German, US, New Zealand, Australian, Austrian, French, Italian, Polish, Hungarian, Dutch, Russian, and Finnish versions. All local versions are planned to reach the market by late 2011.

For more information about the Japanese version, please visit www.graphisoft.co.jp.

GRAPHISOFT® ignited the BIM revolution with ArchiCAD®, the industry first BIM software for architects. GRAPHISOFT continues to lead the industry with innovative solutions such as the revolutionary GRAPHISOFT BIM Server™, the world’s first real-time BIM collaboration environment, and the GRAPHISOFT EcoDesigner™, the world’s first fully integrated building energy modeling application. GRAPHISOFT’s innovative solutions have fundamentally changed the way architects around the world design and collaborate. GRAPHISOFT® has been part of the Nemetschek Group, since its acquisition in 2007.