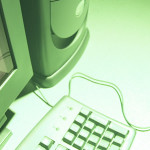 The award’s team of experts announced the best Russian web design companies. Nearly 1,000 projects were submitted to the contest, and the best 18 received awards in 6 categories. ARMADA was awarded in three categories: «Non-profit and state-owned companies» (a project for the Federal Financial Markets Service www.fcsm.ru), «Beauty and Health» (a project for Evalar www.evalar.ru) and «Auto and Moto» (a project for Sollers www.sollers-auto.com ).

Earlier this year, ARMADA was named best in the all-Russian open Internet contest Golden Website in the ‘Banks and Finances’ category with its project of Sberbank’s official web portal. In 2010, this project secured the first place in a contest for Russian portals included in the Financial Times Bowen Craggs Index 2009 rating.

Over the last years, ARMADA has inevitably ranked among the Top 3 web design studios in Russia, and the RBC Contents system developed by the company is on the top of the rating of individual (studio) website management systems.

ARMADA (MICEX, RTS: ARMD) is one of the largest software developers in Russia. The company also provides a wide range of IT services and ranks among the Top 10 leading IT developers in Russia[3]. ARMADA was the first Russian IT company to conduct an IPO on the Russian stock exchanges in 2007. The company invests proceeds in business development through acquisitions in the sphere of software development and the provision of IT services. The group incorporated PM Expert, Soyuzinform, ETC and PMT in 2007-2011.