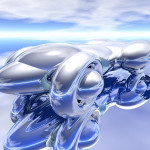 ARMADA OAO (MICEX, RTS: ARMD) made it to the top150 Russian companies in terms of capitalization on MICEX and RTS as of September 1. The rating is compiled by Expert Rating Agency1. ARMADA rose 29 places comparing to the previous rating of September 1, 2010.

Expert RA pointed to peculiarities of the Russian stock market as compared to global stock markets, citing as an example a similar ranking by the Financial Times. IT companies (Apple, Microsoft) are among the first 20 companies in the rating in addition to oil and gas companies. In the Russian rating, ARMADA has the highest place (144) among IT companies.

«Four years have passed since ARMADA placed its shares during IPO on Russian stock exchanges. We are committed to our path of business expansion that combines organic growth and acquisition with five transactions carried out in 2006-2011, which were financed using equity capital.

ARMADA now holds a large amount of the funds raised in a SPO in 2011. We plan to continue acquiring niche leaders which are congenial to the group’s product line,» said Alexey Kuzovkin, chairman of ARMADA’s board of directors.