ARMADA Rises in Rating for Public Sector IT Suppliers 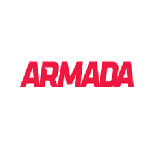 ARMADA OAO (MICEX, RTS: ARMD) has climbed three places to 7th in the rating of the largest IT suppliers to the public sector [1] in 2010 issued by Cnews Analytics research agency.
The companies were rated in terms of revenue from public sector projects. In 2010, the share of ARMADA’s revenue from such projects stood at 70% (75% in 2009). The company has a diversified customer base of over 1,500 clients, with one client accounting for no more than 7% of total revenue.

“ARMADA focuses on software development and IT services. This is why I regard as a remarkable achievement the fact that ARMADA made it to the top 10 in the rating in terms of revenue. In 2010, the state authorities started implementing the e-government first at the federal and then at the regional levels as part of the Information Society program. A single portal for government services has been launched. A system of interaction among government agencies is being developed that drove further investments in agencies’ IT systems. All these developments have had a positive impact on the number of the company’s projects and revenue. ARMADA, which has vast experience and is a top-notch specialists, is sought after by public customers,”

ARMADA OAO is a leading Russian software developer [2] and IT service provider [3]. It ranks among Russia’s top 150 companies in terms of market capitalization [4]. ARMADA generates about 70% of total revenue from software development and IT services for public customers, with no single customer accounting for more than 7% of revenue. The company has a headcount of about 800. ARMADA is expanding through organic growth (CAGR 29% in 2004-2010) and by taking over niche leaders congenial to the company’s core business. In 2007, ARMADA held an IPO on MICEX and RTS in order to raise funds for M&A. In 2006-2011, the group has acquired PM Expert, Helios IT Solutions, Soyuzinform, and PMT. Official website: www.armadaitgroup.com