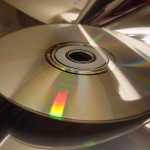 In 2010 Artezio demonstrated revenue growth that allowed the company to successfully remain on the Software 500 List.

“It’s not the first time when Artezio is included to Software 500 ranking and we are very proud that the company keeps growing and developing on the international IT market. The revenue growth is being achieved by attracting new clients as well as expanding the service range by launching both extra services and new specialized departments,” comments Pavel Adylin, Artezio CEO.

The ranking is based on total worldwide software and services revenue for 2010. This includes revenues from software licenses, maintenance and support, training and software-related services and consulting. Suppliers are not ranked on their total corporate revenue, since many have other lines of business, such as hardware. The financial information was gathered by a survey prepared by King Content Co. and posted at www.Softwaremag.com, as well as from public documents.