BASSCOM Standpoint on АСТА (Anti-Counterfeiting Trade Agreement), Which Is to Be Reviewed by the European Parliament 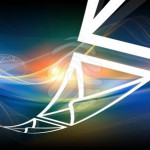 The Bulgarian Association of Software Companies (BASSCOM) supports the adequate protection of copyright, the fight against counterfeiting and the adoption of international intellectual property protection standards.

The Association, however, is against the passage of АСТА (Anti-Counterfeiting Trade Agreement) in the circumstances of a complete lack of transparency and without a public dialogue on a document so significant for our economy and society. Moreover, BASSCOM and many more business organizations have repeatedly communicated their negative opinions regarding the agreement texts in the past.

Our stand is that ACTA not only does not solve many of the problems around copyright and intellectual property protection, but also raises numerous other serious issues. By requiring Internet service providers to take the responsibility for the violations committed by their customers, the document threatens the legal security, the development and even the existence itself of the companies in several innovative market sectors with high added value.

BASSCOM standpoint is that Internet service providers must not be held responsible for the information they transmit or the content they host to a degree that requires them to monitor and filter this data in advance. In recent years the free sharing of information has turned into a standard in the field of Internet services and this must not be equalized with copyright violation.

We are convinced that if the European Parliament approves ACTA in the summer, this will lower the chances of the European Union to meet its targets in the sphere of innovation development and to successfully compete with other regions in the world. The document will limit the development of new start-ups in several key innovative areas and will put the existing companies in these areas in legal insecurity, hence hold back their progress.

BASSCOM expressed its concerns regarding ACTA and addressed the complete lack of transparency around the attempts to adopt the agreement back in May 2010 within a large-scale initiative of the Pan European ICT and eBusiness Network for Small and Medium Sized Enterprises (PIN-SME), of which our association is a co-founder and an active member. We would like to remind you that back then the European Parliament rejected the agreement.

Now we are even more worried that the current new attempt to adopt ACTA is again being executed without any public debate in Bulgaria and the other European countries, despite the fact that there is a serious public pressure against this document. The representatives of BASSCOM, as well as of PIN-SME, are explicit that if the agreement gets ratified, this will affect both the openness of Internet and the legal security of the companies in the technology sector.