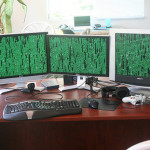 Outsourcing Division of BDO in Russia reckoned up results of the project conducted in collaboration with “RBC.Rating” on studying demand for handing over different types of internal functions to outsourcing companies among foreign companies operating in Russia. During the survey 200 respondents from small, middle and large scale businesses with 100% share of foreign capital have been questioned.

Joint project on studying popularity of different types of internal functions which companies are willing to hand over to outsourcing companies was started in September 2009 and included 2 stages. At the first stage BDO Group conducted a poll among more than 2000 respondents, representatives of Russian companies operating in different fields of economics, including banking sector, commerce, building sector, manufacturing sector, sphere of medical care, service sector etc.

In 2010 survey results were summed up and the second stage of the research on market players’ opinion about handing over some business processes to outsourcing companies begun. This stage was related to foreign business in Russia. Research results showed that Russian and foreign companies operating in Russia think differently about handing over different internal functions to outsourcing companies (look at pic.1).

Picture 1. Popularity of types of outsourcing among Russian and foreign companies

Within the second stage of the survey  it was determined which internal functions foreign companies are ready to hand over to outsourcing companies, what factors are determining in case of making decision about business processes outsourcing and who makes the decision about handing over processes to external providers. Besides that there was a goal to evaluate current popularity of accounting, payroll, HR-records outsourcing among foreign companies in Russia.

According to the research, foreign companies which have subdivisions in Russia prefer not to take lawyers, security and managers with them to Russia. Company owners hand over these functions to outsourcing companies, not only expecting financial economy, but also in order to obtain an opportunity to concentrate on key business objectives without getting distracted by non-core activities (look at pic. 2).

The most popular spheres among those handed over to Russian specialized companies are service sector, software support, legal services, security, transportation and logistics and also personnel recruitment and coaching.
Foreign businessmen are sure that handing over part of processes to outsourcing company not only increases performance efficiency, but also gives an access to provider’s wide experience. 22% of respondents claimed that. 19% are sure that BPO helps to concentrate on key objectives of business and save time of executive board. 11% of interviewees mentioned financial economy.

“All business functions can be divided into three groups: key and crucial for business (competences which are delivering business idea and competitive advantage – they are never handed over to outsourcing); not key, but crucial (accounting and HR-records, preparation of financial report, recruitment, marketing etc); not key and non-crucial (cleaning service, catering, security and courier services etc)”,

“Functions from the third group are first candidates to be handed over to outsourcing because risks are minimal, changes in organization are minor and there is a real opportunity of returning back to former system without any losses.”,

he says. At the same time market of outsourcing of the processes from the second group grows steadily (approximately 15-20% per year) and as more successful cases appear, this growth becomes faster.

The popularity of BPO directly depends on the size of the company. The most willing to enlist outsourcing services are companies with less than 50 employees. An object of great demand among such companies is HR administration, from legalization of foreign workers to pay-roll.

Sergey Tiunov, general director of an outsourcing division of BDO:

This project is valuable not only for us, but also for main players of the BPO market and companies, which are choosing provider and evaluating all pros and cons and for wide business circles. At present time Russian BPO market is developing actively. Of course, such projects like publication of rating of the largest companies working on the market in the sphere of accounting functions outsourcing in “Expert” magazine, professional events such as BPO Summit organized by ASTRA Association, international forum “Strategy Outsourcing 2011”, in which all largest players of the BPO market took part help to stimulate market’s development. Thereupon completion of our project will be a significant occasion, which will allow business to analyze opportunities of increasing efficiency of their own business one more time.

During this research, which in whole took 2 years, were received comments from participants of the project who are not only important from the point o view of current BPO market situation, but also represent sources of relevant information about consolidated experience of companies, which use outsourcing in their practice.