Belarus to Take Part in European Forum for Science, Technology and Innovation in Spain Read 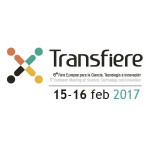 Belarus is expected to present its national exposition at the 6th European Forum for Science, Technology and Innovation in Spain, spokesman for the Belarusian Ministry of Foreign Affairs Dmitry Mironchik told a press briefing on 9 February.

“Belarus will display its national exposition at the 6th European Forum for Science, Technology and Innovation Transfiere in Malaga on 15-16 February. The Belarusian exposition will feature 18 participants who will showcase the country’s most advanced scientific and industrial solutions,”

The Belarusian delegation is set to hold a number of meetings as part of the forum. Belarusian representatives are expected to meet with the authorities of the Ministry of Economy, Industry and Competitiveness of Spain, and also businessmen of the country.

“The parties will discuss the state and prospects of cooperation in sci-tech, trade and economic sectors,”

Belarus’ participation in the scientific forum, organized under the auspices of King Felipe VI of Spain, is aimed to give an additional impetus to the trade, economic and sci-tech contacts between the two countries.