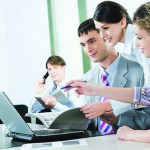 BelHard Group reports that it has become a member of euRobotics AISBL. BelHard Group appeared to be the very first participant of the Association from Belarus.

Thus, BelHard Group steps forward, confirming its desire to move to their targets and contribute to the development of robotics in the Republic of Belarus.

European Association of Robotics euRobotics AISBL is a non-profit organization that unites manufacturers of robots, suppliers of components for their production, system integrators and robotics researchers from all over Europe.

The main aim of the organization lies in representing the interests of the developers of robots in the legislative bodies of the European Union, development of robotics in Europe.

Fraunhofer Institute for Intelligent Analysis and Information Systems IAIS, Robert Bosch GmbH, Omron Europe BV, Statoil Petroleum SA, as well as and other large European companies that have their own developed products in the field of robotics can be found among the organization members.

As it was noticed by Viktor Shkel, Head of Business Development Department at BelHard Group,

«euRobotics AISBL membership provides possibility for BelHard Group to participate in European programmes in the sphere of robotics and represent products, developed by the Belarusians. Currently BelHard Group can be found among the leading Belarusian companies working in this sphere, and we plan to strengthen our position by reaching a new level of cooperation with the European Union».