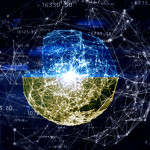 Much of the initial interest in cryptocurrencies centered around their potential as alternatives to fiat currencies. Now attention has shifted to the upside potential of open distributed ledger technologies known as blockchain.

A clear indication of blockchain’s increasing maturity is how the emerging fintech sector, which was once dominated by tech start-ups, is becoming crowded with leading IT platform providers — many of whom are developing their own offerings.

The market leaders have been involved in collaborative ventures and consortia. As an example, IBM unveiled Blockchain as a Service (BaaS) for developers back in February 2016 that’s based upon the Hyperledger Fabric.

Meanwhile, market demand is growing rapidly across vertical industries. Juniper Research has found that 57 percent large corporations are either actively considering, or are in the process of deploying, blockchain technology, according to the analysis of the data from their latest worldwide study.

Almost 400 company founders, executives, managers and IT leaders responded to the Blockchain Enterprise Survey. Among those companies who have reached the Proof of Concept (PoC) stage, 66 percent expected blockchain to be integrated into their commercial systems by the end of 2018.

Using data from the survey, settlement, land registry and digital fiat currency were identified as the best-fit opportunities for blockchain deployment, but Juniper analysts cautioned that for each of these opportunities the scale and variety of barriers were significant.

Companies which would benefit from blockchain include those with:

However, Juniper also argued that while awareness of blockchain and its benefits had increased dramatically during the past 12-18 months, there was a concern that companies might seek to deploy blockchain without having first considered alternative options.

“In many cases, systemic change, rather than technological, might be a better and cheaper solution than blockchain, which could potentially cause significant internal and external disruption,”

and consultancy at Juniper Research.

Indeed, the research found that companies may have underestimated the scale of the blockchain challenge. For issues such as interoperability, the proportion of survey respondents expressing concerns progressively increased as companies proceed towards full deployment, while concerns also rose sharply regarding client refusal to embrace blockchain.

That scenario is fueling the demand for information and guidance from a qualified professional services provider that are already experienced with blockchain apps and the associated deployment challenges.