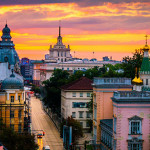 In 2017, outsourcing contributed 4.8% to Bulgaria’s GDP, or EUR 2.1 bln. This is identified by the data in the Annual Report of the Bulgarian Outsourcing Association (BOA) for the development of the outsourcing industry in the country. The industry is growing substantially faster than the national economy in 2017. Last year, outsourcing contributed 4.8% to Bulgaria’s GDP compared to 4.2% in 2016. The outsourcing industry’s results for 2017 are better than expected – the operating revenue grew at 18.2%, surpassing the 13.5%, predicted by last year’s report. If the positive trend persists, the industry’s revenue is expected to double to EUR 4 bln and contribute up to 7.9% of the country’s GDP by 2021.

The analysis was presented in a panel discussion, called “Bulgaria’s Potential in the Global Outsourcing Industry with a High Added Value.” The participants in the discussion included members of BOA’s board of directors – Ilia Krastev, CEO at A Data Pro, Maya Milanova, CEO at Cargotec Business Services Bulgaria, Plamen Tsekov, CEO at ScaleFocus, Stefan Bumov, CEO at HeleCloud – as well as Lachezar Bogdanov from Industry Watch and Stefan Stoyanov, deputy mayor of Plovdiv municipality.

The annual analysis is created by SeeNews and includes data about 477 Bulgarian companies dealing with business processes outsourcing (BPO) and IT outsourcing (ITO) in 2017. More than 51% of the analyzed companies primarily operate as BPO vendors, while the remaining 49% have ITO as main activity.

“There is a change in the profile of the outsourcing services both on a global scale and in Bulgaria. A lot of people believe outsourcing includes solely call centers, which is not true. The data from the report shows that only 16% of the outsourcing companies in Bulgaria have call centers at the core of their businesses. Here we are talking more about shared services – business processes in the field of HR, finance, facility management – which are outsourced to outside companies. There is a growing interest in highly qualified work, especially in IT-related services – software development, support, system integration. The subsector that grows fastest is KPO – companies that offer outsourcing of processes, based on specific knowledge and information – such as management and analysis of databases, research, information processing,” shared Ivaylo Slavov, CEO at Bulpros.

The outsourcing industry continues to be among the leading taxpayers in Bulgaria in 2017. The taxes paid by the sector are EUR 15.5 mln, which accounted for 1.3% of all taxes paid in the economy.

Outsourcing generated 7.9% of the total salary costs, up from 6.5% in 2016, and accounted for 6.2% of all social security contributions paid in the economy in 2017, compared to 5.0% in the previous year. These shares are expected to expand further by 2021. 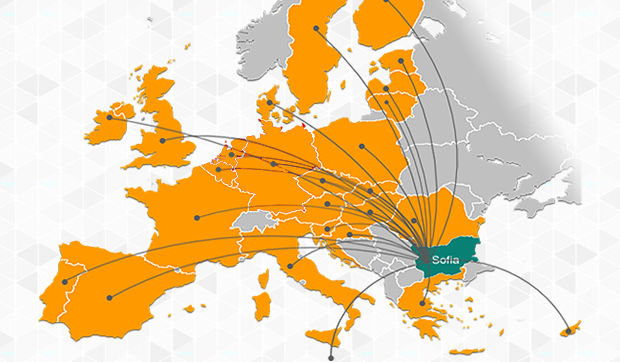 Over the past years, the outsourcing industry has built a national presence. The largest hubs for outsourcing services are still the big cities with universities, but there is a tendency for the activities to be moved outside the capital. Sofia, Plovdiv and Varna are the three biggest outsourcing centers, but Veliko Tarnovo and Burgas are also starting to attract more and more new companies.

More than half of the companies (52%) in the outsourcing industry have Bulgarian owners. 53% of those with foreign stakeholders have investors from the UK, US, Germany and the Netherlands. Among the foreign clients of the Bulgarian outsourcing companies are businesses from Western Europe, Great Britain and the US.

The positive development of the outsourcing industry positions Bulgaria as one of the world’s leading destinations for BPO and ITO outsourcing services. Bulgaria ranks first among all SEE destinations on the A. T. Kearney’s Global Services Location Index 2017, and 15th world-wide, second in Europe behind Poland.

The full version of BOA 2018 Annual Industry Report you can find here: https://outsourcinginbg.com/content/2018-annual-industry-outsourcing-report