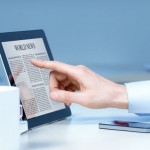 The country has done very well from IT outsourcing, particularly due to the multi-language skills of its citizens.

The industry started up some 15 years ago and due to 25% year-on-year growth it has led the Bulgarian economy in to 0.9% growth after years of stagnation.

The figures come from an outsourcing conference in Sofia, reported in the Business Standard. The income generated from outsourcing in the country amounts to some 510m Euros and it employs 22,000 people.

It will face stiff competition from other countries trying to ramp up their own outsourcing services but we can see a flaw in many of the arguments. The idea of most outsourcing engagements is at least partly to save money, as most participants will agree.

So…why do countries boasting of their outsourcing prowess keep stating large numbers of employees in the sector as a positive?

Logically we’d have thought employing fewer people would be better than employing more. Initially the discrepancy will be absorbed by lower wages in various economies, but once equivalent territories start scrapping on the basis of cost, we can’t see how ‘we employ more people’ is going to be perceived as helpful.