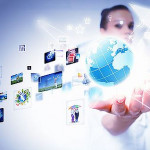 The Bulgarian state will spend BGN 24 M on providing all citizens with emails. The compulsory state emails will be provided with the new identity documents, private NOVA TV informed on Friday.

However, it will not be mandatory to use the e-mails, and a citizen will be able to carry on their correspondence with the state on paper if they find it more convenient.

The project has been developed by the team of Deputy Prime Minister and Interior Minister Rumyana Bachvarova.

Deputy Minister of Information Technologies in charge of the electronic government, Valeri Borisov, said that the email is aimed at disciplining citizens in their communication with the state.

However it remains unclear how many Bulgarians will have access to these emails and whether the elderly will be able to use them.

According to figures of the National Statistical Institute (NSI) released at the end of last year, around 40 % of Bulgarians do not have access to the internet at home. The creation of state emails became possible after a law adopted several years ago, but has not been compulsory.