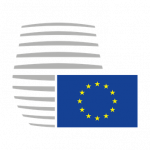 The Ministry of the Bulgarian Presidency of the Council of the European Union 2018 terminated the public procurement contract for the design and technical support of an internet site and a mobile application, providing hosting and streaming. The reason – none of the three bidders who have submitted documents have the necessary experience. This means that the staff of the Minister Liliana Pavlova will have to launch a new procedure for the selection of a contractor for the renovation of the Presidency’s website.

BGN 70,000 without VAT had to cost the site upgrading, plus the creation of a new mobile app. The candidates who submitted the documents – “Strategba” Ltd., “Agency Design BG” EOOD and “Information Service” AD did not meet the requirements, a report from the commission shows.

The team of the Ministry of the Bulgarian Presidency of the Council of the European Union 2018 has the ambition to launch at the latest on December 1, 2017 the new presidency page in four languages ​​- Bulgarian, English, French and German, which is tailored to the needs of people with disabilities. The site should be the main source of information, and a calendar with details of all events during the presidency should be published.

One of the requirements is that the site has the ability to stream directly or record open debates. The portal must also have a mobile application and be protected from unauthorized entry. From the procurement documentation, it was also understood that the site of the presidency should be able to take over the entry of about 10,000 users at a time.

It is expected that following the termination of the previous procedure, which has not been the fault of the ministry, in the coming days, a new procedure for updating the Internet portal of the Bulgarian presidency of the EU Council 2018 will be launched.