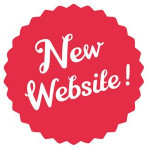 The State e-Government Agency of Bulgaria has officially launched its own website.

E-gov.bg is designed to take over the management of state registers and services.

One of its structures (the Bulgarian Computer Security Incidents Response Team or CERT) also manages cybersecurity or, having processed 188 alerts about online breaches since the year began.

On its Bulgarian-language website, the e-Government Agency says some 45% of the attacks analyzed by CERT are the so-called Distributed Denial of Service (DDoS) which block a service by overwhelming it with traffic.

Malware attacks and phishing sites are less frequent (21% and 15% of all, respectively) if compared to DDoS cases. SPAM alerts constitute only 5% of the total.

E-gov.bg is a structure different to Egov.bg (“The government services and information portal”) which will soon create a register of all e-services offered by the public administration.