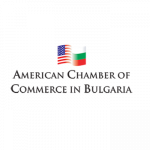 Ivaylo Slavov, CEO of BULPROS, has been elected as a member of the Board of Directors of the American Chamber of Commerce in Bulgaria (AmCham) for the second year in a row. The new members of the Board were appointed at the regular General Assembly on December 10th, 2018 at Intercontinental Hotel Sofia.

Ivaylo Slavov takes up this professional challenge for the second time, after in 2017 he became a member of the Board of Directors of AmCham in Bulgaria and a co-chairman of its Digital Economy Committee. In these positions, he has been working to further develop the Chamber’s activities both locally and internationally with three focuses. The first one is developing favorable conditions for creating business value, which eventually contributes to the increase of US investments in Bulgaria and the opening of new job positions. The second one is developing and supporting the successful digital transformation in Bulgaria, both in the public and in the private sector with focus on Cyber Security, IoT/Industry 4.0, eGovernance, and Privacy. Another priority is the collaboration between the business and the educational institutions, the educational reform in Bulgaria and its digitalization.

Commenting on his appointment to the AmCham Board, Ivaylo Slavov said:
“Being elected as a Board member of one the largest business associations in Bulgaria is both an honor and a responsibility. I will continue to work on improving the business environment in our country and nurturing the trade relations between Bulgaria and the United States.”

The new AmCham Board was formed as a result of a two-month election campaign among the 350 members of the Chamber. The process started with a record number of 27 nominations submitted. The second phase included the public hearings of the nominees in front of the membership, followed by a voting period of two weeks, which resulted in a final shortlist. The new Board was unanimously approved by the delegates on the General Assembly on December 10th.

TAGS: AmCham, American Chamber of Commerce in Bulgaria, Board of Directors, business association