BULPROS Again in a Leading Position in the Prestigious K100 ranking 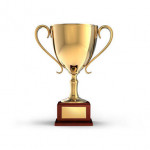 For the second year in a row BULPROS is named the biggest IT company with Bulgarian ownership in the prestigious K100 listing. Moreover, according to the same statistics, BULPROS is already among the top five technology companies, proving to be one of the fastest and most stable developing businesses in the country.

“2018 was another successful year for BULPROS in terms of growth and revenues. The company continued working toward sustainable development and was repeatedly recognized as one of the fastest growing technology companies by prestigious institutions such as the Financial Times, McKinsey & Company and other independent experts. BULPROS owes its success mainly to its expansion strategy and the people who work for the company. On the one hand, we opened two new offices (in Barcelona and Belgrade) and already have 19 offices worldwide. In 2018, we expanded our operations in the United States, while Germany remained our major market, and we are further strengthening our presence there. Our business expansion plan for the next several years includes new markets such as Israel, Singapore and Thailand. On the other hand, we owe our success to our people, whose number has already grown to 1300 employees worldwide.” comments Ivaylo Slavov, CEO of BULRPOS.

In 2018, BULPROS successfully climbs up to fifth place in the K100 ranking of the largest IT companies in Bulgaria, registering more than 76 million BGN revenue and 31 % growth compared to 2017. These figures account for more than a double increase in profit for 2018 compared to 2016. Furthermore, BULPROS is the only Bulgarian-owned and -based company among the top five placed IT businesses – in other words, it remains the biggest technology company, founded in Bulgaria.

The thirteenth edition of the annual K100 ranking gives detailed information about the largest and most successful companies in Bulgaria based on their revenues for 2018. According to the figures, IT is the undisputed champion among all 12 industries, demonstrating the highest profit and the strongest growth with an average growth rate of 32% within the sector. 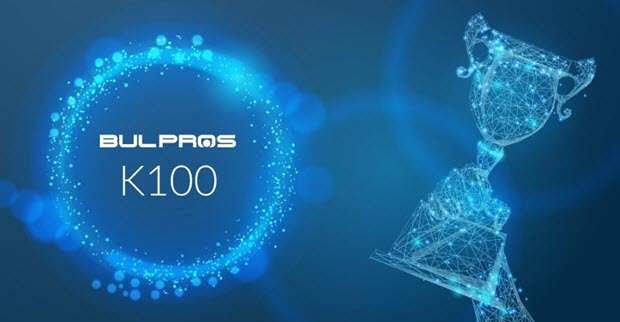 About Capital and K100 Ranking

Capital is the most influential weekly business newspaper and one of the most popular media brands in Bulgaria. Its mission is to not only report and describe what happens, but also to explain why it happens and to predict what is to come.

K100 is an annual ranking of the biggest companies in Bulgaria, divided by business sectors. This prestigious list is prepared by the Capital weekly newspaper on an annual basis and has become the hallmark of entrepreneurial success.

BULPROS is an innovative global IT and BPO services, solutions and products provider, repeatedly recognized as one of the fastest growing IT companies in prestigious rankings such as Deloitte’s „Technology Fast 50 in CE“ and „Technology Fast 500 in Europe, Middle East, and Africa“, Inc. 5000 Europe, Financial Times 1000 Europe, and McKinsey’s 2018 report “The rise of Digital Challengers”.

BULPROS operates on a global scale and has 19 offices, located in Europe and North America. The company has a team of more than 1300 experts and consultants.

BULPROS has established successful customer and partner relations with Fortune 500 IT companies such as Cisco, Microsoft, IBM, Unisys, VMware, Siemens, T-Systems, SAP, Hortonworks, Oracle, Red Hat etc. BULPROS is a co-founder of the Bulgarian Outsourcing Association and a member of the American Chamber of Commerce, the German Outsourcing Association and the Indian-Bulgarian Business Chamber.