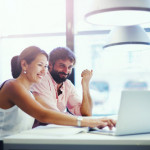 The Executive Director of BULPROS Ivaylo Slavov was one of the panelists of Tenth annual meeting of business with the government, which was held on January 19 in Sofia Luxury Hotel.

The meeting traditionally gathered key representatives of government and the power of the executive directors of the largest companies in Bulgaria with a total turnover of over 1 billion leva.

Participants discussed important issues affecting the stable future of the country and its economic prosperity.

At the conference were presented some of the Cabinet plans for the coming year and the vision of the government on how to circumvent the difficulties of Bulgaria.

Among the participants of the meeting was the president of the Center for Liberal Strategies Ivan Krastev, Cibank CEO and President of the Association of Banks in Bulgaria Petar Andronov, Manager of Visteon Bulgaria Ivan Michailov and Chairman of the Board of “Raiffeisenbank Bulgaria” Oliver Ryogl.

At the conference participate the Commissioner for European Neighborhood Policy and the Negotiations Enlargement Johannes Hahn, the governor of BNB Dimitar Radev and Deputy Governor of the European Fund for Strategic Investment (EFSI) Iliana Tzanova.

The meeting was attended by over 370 people – owners and managers of major Bulgarian companies and international companies operating in the country.