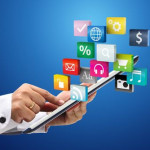 Runa Capital, one of Russia’s biggest tech venture funds, has sold its stake in French startup Capptain to Microsoft for an undisclosed fee.

The deal is the fund’s first exit in more than a year and third in total. In 2012 it sold its stake in British company ThinkGrid to Colt Telecom, and before that portfolio company StopTheHacker was acquired by CloudFlare.

While Runa declined to disclose the exact sum received for the stake, managing partner Dmitry Chikhachev told Vedomosti that the exit exceeded the fund’s IRR by 100%. Based on this, Vedomosti estimate the deal to be worth than $6 million.

Capptain provides app developers with analytics and allows them to send push notifications based on customer usage patterns. Microsoft plans to integrate the startup’s solution into its Azure cloud platform.

Runa was Capptain’s principal backer, leading a $1.5 million round in March 2012.