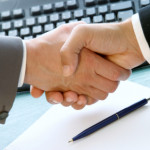 Europe has enormous potential for development of IT Outsourcing industry. In accordance with experts’ opinions this region will definitely keep the appreciation of the customers from all over the world for yet another decade. It will attract new clients by professionalism of the experts, low labor cost, friendly legislation as well as by geographical vicinity and cultural connection to the Western Europe.

The main objective of this research conducted by the Ukrainian Hi-Tech Initiative with the support of ITONews.eu, news portal, Baltic Outsourcing Association (Lithuania), JNN Consult Ltd (Bulgaria) and Employers’ Association of the Software and Services Industry (Romania) is formation of the complete view on the potential of CEE region – the promising cluster for nearshore IT Outsourcing for the Western European countries and offshore IT Outsourcing for the US.

Main indicators of IT Outsourcing industry development (market volume, number of IT professionals, number of IT companies providing outsourcing services, cost of one professional for the end customer) take Central and Eastern Europe to the level of such global outsourcing centers as India, China, and Russia.

The data, presented by the largest IT companies and national IT Associations showed that in 2007 IT outsourcing market volume of CEE region reached 3 bln US dollars. Among 16 examined countries, the leading in market volume were: Ukraine, Romania, Hungary, Poland and Czech Republic. The scope of final IT products served as the basis for the calculation of market volume.

Ukraine, Romania, Belarus, Poland and Bulgaria were in the lead regarding the number of IT companies. When calculating the number of IT companies, considered were the IT and software development companies providing outsourcing services with more than 10 employees. Central and Eastern European region is satiated with the small companies undergoing intensive development. Low threshold was taken purposefully in order to provide a complete market snapshot for each country.

The attempt was made to calculate also minimum and maximum annual cost per service of one IT professional for the end customer in each of the countries. Among the most “expensive” countries were Poland, Hungary, Romania, Czech Republic and Estonia.

When calculating the number of professionals, considered were only those IT specialists that are involved into IT Outsourcing less administrative personnel. Other estimation data sources were general information about each country such as population, as well as review respondents’ feedback on the number of companies and the average number of employees in each of them. Ukraine, Romania, Belarus, Hungary, Bulgaria were the countries with the greatest number of IT professionals.

The research was conducted in August – February 2007-2008. National IT Associations and largest IT companies from 16 countries of the region kindly responded to the research.