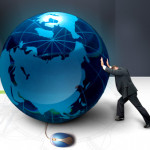 For the eighth consecutive year Bulgarian pupils are going to have the opportunity to study at NASA’s educational space center Space Camp Turkey, based in Izmir, Turkey. This is one of the American space agency’s three educational centers in the world. It works on programs developed by US space specialists and has a space shuttle mold which simulates real training and space flight conditions. Every year, the participation of Bulgarian students in the program of the camp is supported by Bulgarian publisher of multimedia knowledge products Sirma Media and the Centre for Creative Training. The center is an official representative of Space Camp in Bulgaria.

In 2012, 40 pupils and six teachers, all supported by Sirma Media and CCT, are taking part in the programs of Space Camp Turkey. A contest for the nomination of eight scholarship holders is currently on until the end of March 2012. More information about the contest is available at: http://cct.bg/index.php?m=2&pm=201

The educational programs of Space Camp take seven days and are held in the summer. In order to be eligible, students have to be at the age of nine to 16, to know English and to be interested in science and technologies.
So far, with the support of Sirma Media and the Centre for Creative Training, more than 120 Bulgarian pupils and tens of teachers have taken part in the programs of Space Camp Turkey.

Since 1991, the space center in Izmir has been offering trainings aimed at encouraging and stimulating youngsters to acquire knowledge at astronomy, natural and civil sciences, and technology. The difference between these trainings and learning in a class room is the practical purpose of the former – along with knowledge about the laws of physics and the space, pupils acquire skills to work in a team, to communicate, to make decisions and to be leaders. The youngsters also have the opportunity make intensive contacts with nationalities and cultures from all over the world. Every year Space Camp Turkey hosts teams from 40 different countries.

The space center has equipment which students can use to participate in interesting interactive activities, e. g. use special training devices and simulators like the ones real astronauts use, attend virtual space shuttle flights, etc.