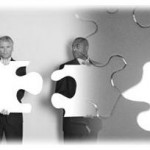 For 2013, chief information officers are planning to spend more on outsourcing and less on hardware and consultants, according to the Society for Information Management (SIM).

The data comes via SIM’s annual CIO survey, which will be presented at the group’s conference Oct. 28 through Oct. 30 in Grapevine, TX.

SIM’s CIO survey is instructive since it outlines 2012 actual IT spending and projections for the year ahead. Keep in mind that the average CIO tenure was 4.59 years dating back to 2006. That’s a bit better than an NFL running back, but not by much. CEO tenure averages about 8 years.

Among the key takeaways:

Productivity and cost reduction was the top concern in 2012 followed by business alignment, agility, revenue generation and cost cutting.

The actual budget allocations from CIOs show some interesting trends. To wit:

India garnered 43 percent of the offshore outsourcing spend in 2012, followed by Western EU at 13 percent, Philippines at 12 percent and Mexico at 5 percent.

As a percentage of revenue, corporations allocated 4.94 percent of sales to the IT budget. That’s historically high relative to the average of 3.84 percent dating back to 2005.

Education and training received 2.99 percent of the IT budget in 2012.

CIOs spend 12 percent of their time on strategy, 24 percent on the relationship with the business and 13 percent on IT staff relations.