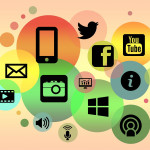 The government supports the spread of open-source or open source-based software in public administration, and in a November resolution adopted a plan with specific deadlines to further this aim, Tamás Deutsch, the prime ministerʼs commissioner for IT development, told a conference today, according to Hungarian news agency MTI.

NISZ is prepared for the task, having installed the suitable office software package for nearly 10,000 users.

There are more than 40,000 users in regional administration, with 33,000 postboxes and 23,000 active workstations, said Tímea Baltay, deputy state secretary at the Prime Ministerʼs Office.