Cloud Computing: Five Key Business Trends to Look Out For 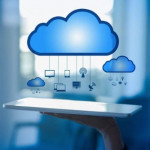 Cloud computing established itself in 2018 as an essential platform for many businesses looking to build innovative services. However, there’s still progress to be made before the operating systems on the cloud can truly be seen as a business-as-normal activity. Will we get to that point in 2019? Five experts give their views on the key cloud trends to look out for next year.

Gregor Petri, research vice president at analyst Gartner, says that as we move more things to the cloud, we become more dependent on it — and that will bring issues through 2019 and beyond. “It’s so easy to consume the cloud that people don’t necessarily think about how difficult it will be to leave a provider if the business needs to,” he says.

Petri says many executives take it for granted that they’ll be locked into a vendor for a particular part of their functionality. Yet as the cloud starts to be part of more business-critical services, many people are recognising they will need some variability, choice and an ability to switch.

“The idea of being portable and being able to switch in the future is becoming more important,” he says. “Some of the regulators in the industry are also beginning to demand that, particularly in an area like financial services, where they’re starting to suggest that banks should have an exit strategy to move from cloud to cloud.”

2. Smart businesses will look to create one single version of the truth

Amit Apte, global director of digital integration at Mars, says every business is doing a huge amount in the cloud. He says software-as-a-service (SaaS) must be viewed as the way forward. “It’s attractive because there are lots of unique subject matter solutions, whether that’s sales automation, distribution management or something else,” he says.

“Different regions and segments in your business will look to enrich the data in the cloud,” says Apte. “That’s a problem because previously all your data might have been held in one system. Now that data is being taken outside and mastered in the cloud. All of a sudden, you might not have one single instance of the truth when it comes to data.”

3. Hybrid strategies that draw on internal provision will persist

Since becoming CIO of Air Malta in late 2016, Alan Talbot has overhauled the company’s infrastructure. IT management has been brought back in-house and the company has invested in two data centres. Talbot says this approach shows that while the cloud is important, controlling their own infrastructure remains an important tactic for some CIOs.

“We might be a big organisation in terms of Malta but we are still a small fish in a very big pond. Sometimes it’s more feasible and economic to maintain an on-site hosted solution rather than having everything as a service,” he says, suggesting the cloud isn’t the only game in town when it comes to creating a flexible IT strategy.

“On-premise technology can give you more agility. For example, we can have an application on site with all the potential flexibility that provides. In other circumstances, when there’s no sensible alternative, we’ll go to the cloud, such as in the case of Salesforce. We shouldn’t re-invent the wheel all the time.” 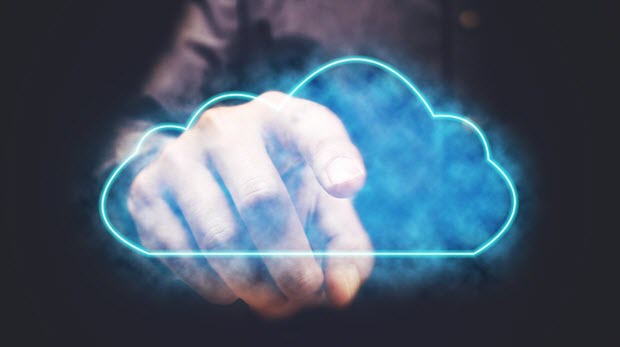 4. Cloud will be the generator of next-generation technologies

Alex Hilton, chief executive of Cloud Industry Forum, says the key benefit of buying technology on-demand will be the ability for businesses to implement cloud, to adapt, to improve and to never stand still.

“CIOs should plan their next three years on a fluid, rolling and constantly re-evaluated basis; what are the challenges the business faces, what are my competitors doing, how can I increase my business cadence to deliver better results, and how quickly can I adapt to make changes,” he says.

“Cloud is the ‘generator’ for the next wave of technologies, the enabler for all the exciting developments: artificial intelligence, machine learning, robotic process automation, deep learning, Internet of Things, edge computing, and blockchain. But the adoption of new technologies must be driven by business needs, not technology for the sake of technology.”

5. Vendors will fight for control as CIOs look to emerging technologies

Luke Christison, global chief information and technology officer at media agency network Mindshare, says the rapid adoption of cloud-based services will continue during the next few years, with specific focus on SaaS, Platform-as-a-Service (PaaS) and Infrastructure-as-a-Service (IaaS). He says data ownership will be key and the major cloud platforms will fight for control.

“Vendors are trying to hold on and maintain ownership via their data strategy, where that data can be queried inside their own environments but is no longer transferrable to other ecosystems. The impact of this strategic decision is to entice organisations to adopt their technologies in one integrated stack covering PaaS, IaaS and SaaS,” says Christison.

He suggests the current battle in cloud computing should be represented as the latest stage in the continual evolution of the IT industry. While attention is currently focused on the cloud, CIOs will increasingly have to start thinking about how to exploit two emerging but fast-evolving forms of technology provision: edge and quantum computing.

“Smart device processing power means edge computing will become a reality. Then, eventually, we will see an age of quantum computing. There will be a new battle around smart device processing in a distributed environment, but the good news is that there will also be an ability for businesses to process micro transactions at exceptional speeds using quantum computing,” says Christison.