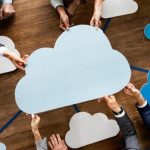 The battlefield for cloud pricing will shift from virtual machines to object storage, with databases among others undergoing similar pressures in the next 18 months, according to the latest note from 451 Research.

The trend of vendors undercutting each other for VMs has long been apparent; take January last year as just one example, where Microsoft announced price reductions of up to 17% on its Azure D-series Dv2 VMs shortly after Amazon Web services announced their latest cuts.

According to the figures, obtained via 451 Research’s Cloud Price Index, object storage prices are declining across every region, including a drop of 14% over the past year.

451 puts price cuts beyond compute down to an ever-maturing market and an increase in cloud-native development, although adding that the market ‘is not highly price-sensitive at this time, although naturally, end users want to make sure they are paying a reasonable price’.

“The big cloud providers appear to be playing an aggressive game of tit for tat, cutting object storage prices to avoid standing out as expensive,”

“This is the first time there has been a big price war outside compute, and it reflects object storage’s move into the mainstream.”

“While price cuts are good news for cloud buyers, they are now faced with a new level of complexity when comparing providers,”

One analyst firm which attempts to solve the imbroglio of cloud pricing for customers is Cloud Spectator, who issues a yearly report outlining the best vendors taking into account both price and performance. The company’s analysis puts 1&1 at the top of the charts, giving it the benchmark score of 100 out of 100, with AWS (24), Azure (27) and Google (48) struggling by comparison, although adding performance on VMs was less variable with the major players.

Back in May, 451 Research argued there was a ‘very limited relationship’ between price and market share and that the ‘race to the bottom’ was something of a misnomer, with the supply of higher value services being key to long term growth for vendors.

You can find out more about the Cloud Price Index here.