Why Companies Have Stopped Outsourcing IT 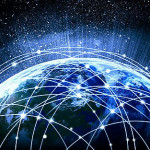 Since the mid-1980s, when information-technology outsourcing began to take off, companies have been pursuing it as a means of cutting costs, reducing capital budgets and increasing efficiency.

A broad range of IT services were frequently outsourced, from data-center operations to application development to user support. IT outsourcing still drives about 60% of the entire services sourcing industry, according to a Deloitte survey.

But it is a practice that is in decline for all but the most commoditized IT activities—and even the outsourcing of those is at risk.

Why has the tide turned against IT outsourcing? The idea only made sense when companies viewed technology as a cost of doing business.

The rise of digitization, big data analytics and cognitive technologies has made IT strategic again. And it is often difficult to get innovative, differentiated outcomes when you turn IT over to someone else.

Even in the heyday of outsourcing, some companies realized this. For example, when a consumer-products company outsourced IT seven years ago, it exempted key functions from the deal.

The company held on to such responsibilities as IT innovation, system design and architecture, and decision-oriented applications. The company’s chief information officer felt that they were too critical to its success to outsource.

Now some of the biggest previous proponents of outsourcing have reversed course. One manufacturer, for example, brought its application development activities back in-house a couple of years ago after decades of outsourced IT.

It resulted in the hiring—or rehiring—of about 10,000 IT workers at the company. That company’s chief information officer argues that true innovation results from IT professionals being tightly aligned with the company’s strategy, and that is difficult to pull off when IT people work for a different company.

Data-center operations and end-user support are perhaps the last frontiers for outsourcing, and indeed these have become commodity activities.

Keeping servers and networks running, as long as it is done in a reliable and secure fashion, doesn’t offer many opportunities for competitive advantage. And does it matter who helps a user recover a lost password?

Even these activities, however, are moving away from outsourcing. It is not that they are viewed as strategic, but that technology is providing other options.

Software-as-a-service and cloud-based operations mean that companies decreasingly have data centers, so there isn’t anything to outsource. And both data-center operations and user support are increasingly being automated, so there is much less need for outsourced human support.

“IT process automation” capabilities are offered by a variety of vendors both large and startup. And cognitive vendors are beginning to offer automated user interaction capabilities—like Siri for getting your computer working again.

If your company simply doesn’t believe there is value from doing IT differently and better than your competitors, then outsourcing may still be for you. But it is getting more difficult to defend that argument.

If we live in the digital age, do you want your digits to be the same as everyone else’s?