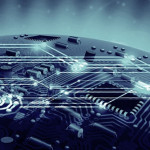 Hungaryʼs National Competitiveness Council has discussed proposals to promote digitalization, including a proposal on the introduction of a type of cheap basic bank account in order to curb cash transactions, Minister for National Economy Mihály Varga said following the third meeting of the council on Thursday.

The government wants to see digital services spread as widely as possible, improving the competitiveness of service providers while reducing costs for users, the minister explained.

Varga said the government would like to encourage electronic account management and electronic payment of utility bills, and wants the tax authorities to prepare companiesʼ tax returns, just as has already been introduced for private individuals.

The government is still consulting with the Hungarian Banking Association on the details of the low-cost basic account proposal, the minister said, adding that the European Union is making it mandatory for member states to introduce such an account.

The National Competitiveness Council, which held its first meeting in March, is comprised of leaders from the private and public sectors as well as academia, and was established to express opinions and produce recommendations that aim to improve competitiveness.