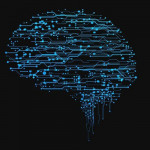 Part of a project for the development of a call control system and integration with online charging system, the client requested the implementation of Media Control Channel Framework using SIP, SDP and new channel protocol – CFW. The development of this framework was planned to future-proof the system in view of future IMS version releases.

Within the 3GPP standards, a role has been clearly defined for the Media Resource Function (MRF) to provide real-time IP media processing functions such as media play, record, collect digits and mix audio/video against IP media streams. The MRF, however, requires command and control by other elements in the IMS architecture, such as application servers (AS) or call state control functions (CSCFs).

When a value-added service, enhanced service, or more complex call processing is required, the CSCF will hand-off call control to an AS, which would use the Mr’ (SIP) interface along with the Cr interface (Media Control Channel Framework – CFW) to control the MRF in order to create the desired service. Such services include: ringback tones, multimedia streaming, multimedia conferencing. In addition to basic SIP, media control requests are defined by the Cr interface between AS and MRF.

Computaris developed the Cr interface which is unprecedented on the market.

The interface can be used for establishing TCP/SCTP channels between MRFC and IMS AS for SIP and HTTP communication between MRFC and CCS/OCS. The MRFC would fetch documents from IMS RS/CCS via given interface (e.g. scripts, announcement files, and other resources), which is also used for media control related commands.