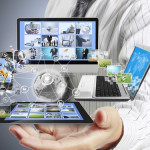 Slovak regulator RU announced that in 2014, it resolved more than ten cases of interference of frequencies for the mobile technology UMTS.

Older, defective cordless phones or those intended for the US market caused the problem. Therefore, RU has asked the public not to keep unused cordless phones plugged in.

In 2014, Orange Slovakia asked RU several times to assist in resolving the problem of interference with base stations on its mobile network in Bratislava. After identifying the problem, RU asked the owners of such defective cordless phones permanently to decommission the devices.