Which Country Has the Best Programmers? Hint: It’s Not the US 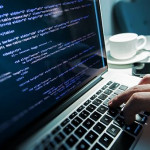 If you ever wondered about which country produces the best programmers, wonder no more. A new report from California-based HackerRank, a service that administers tests to developers around the world, says it’s China.

Second place goes to Russia, and Poland takes bronze. Traditional programming powerhouses like the US and India came in at 28th and 31st, respectively.

HackerRank offers its community of programmers, apparently 1.5 million strong, with challenges to hone their skills. It examined data from these challenges from the last few years to come up with the rankings, scoring developers from different countries and finding national averages.

“According to our data, China and Russia score as the most talented developers. Chinese programmers outscore all other countries in mathematics, functional programming, and data structures challenges, while Russians dominate in algorithms, the most popular and most competitive arena,”

The US’s position at No. 28, behind countries like Japan, Greece and Chile, might seem odd, especially for the country that basically birthed the internet and created so many of the coding tools used today. This could potentially correlate to a lower emphasis on maths and science in American schools, as this Pew Research report details.