Crisis-Hit Adriatic IT Services Market to Revive in 2011, IDC Predicts 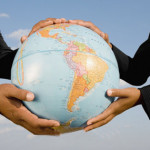 The IT services market in the Adriatics region (including Albania, Bosnia and Herzegovina, Croatia, Kosovo, Macedonia, Montenegro, Serbia, and Slovenia) declined 8.8% year on year to $968.03 million in 2009 and a further decline is expected in 2010 due to the severe impact of the financial crisis and global recession on IT services spending in the region. According to a recent study by research company IDC, the effects of the crisis on the IT services market will start to wear off in 2011 when the market is expected to revive.

“After years of business expansion and heavy investments in IT in general and IT services specifically, survival and cost cutting became a reality in 2009 in many sectors in the Adriatics as the economic crisis deepened,” says Dalibor Suboticanec, Senior Research Analyst, IDC Adriatics. “At the beginning of 2010, enterprises in the Adriatic region were still reluctant to invest in IT and we believe that this trend will begin to ease only in the second half of 2011.”

Croatia remained the largest market in the region accounting for 40.7% of total spending, followed by Slovenia, with 35.3%, and Serbia with 12.6%. Macedonia accounted for 4.3% and Bosnia and Herzegovina for 3.9%, while Albania, Kosovo, and Montenegro accounted for the remaining 3.2% of IT services spending in the Adriatics region last year.

The systems integration category accounted for the largest share of IT services revenue in 2009 at 15.9%, followed by hardware support and installation with 14.5%, and custom application development at 13.9%. Despite the crisis, the regional market continues to mature, with an evident shift from basic support and installation services toward higher-end services such as systems integration, customization, and outsourcing.

S&T Group was the number one vendor in the Adriatic region in 2009, followed by IBM and HP. Rounding out the top five vendors were Combis and SRC.

The manufacturing and construction industries were hit severely, while the utilities sector and those that rely on public budgets (especially healthcare, education, and central government) remained more stable.

The financial sector was the biggest spender on IT services in the Adriatics accounting for 20.2% of the market. The combined government sector ranked second with 19.7% share, followed by telecommunications with 18.8% share, and the manufacturing sector, which accounted for 8.4% share last year.

IDC expects the IT services market in the Adriatics region to decline further in 2010, but to regain momentum in 2011 and continue growing by 7% annually on average to reach $1.36 billion in 2014.

“Once the economic environment turns around, companies will start to refocus their attention from pure survival to achieving a competitive advantage over their market rivals,” says Suboticanec. “This will entail meeting demand for industry-specific solutions, as well as for business intelligence and analytics tools that help clients to expand their operations and gain an edge in the reviving market.”