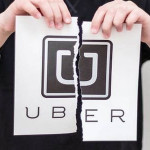 After several days of consultations and meetings of experts from the Ministries of transport, justice, finance and economy, which all analyzed the country’s possibilities about the Uber’s online application for transportation services, the Traffic Inspectorate of the Ministry of the Sea, Transport and Infrastructure has decided to require a court ban on using the Uber application in Croatia.

As far as the Croatian government is concerned, it has already expressed its opinion that Uber partners-drivers are operating illegally in the country.

The Traffic Inspectorate will bring in an indictment proposal against the Uber application to be temporarily banned in Croatia. The ban will not be permanent due to the current changes of amendments to the Road Transport Act, which could also liberalize the taxi service market and legalize Uber’s business in Croatia.