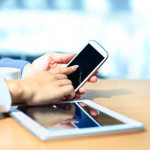 The Croatian unit of Swedish telecoms group Tele2 said on Monday it plans to launch 4G services in the first quarter of 2016.

The company said in a statement it has wrapped up network upgrades that will enable it to double its 3G network speeds and coverage as of mid-December.

The newly upgraded 3G network will cover 99% of Croatia’s population with voice services and 97% with data services.

The Croatian wireless carrier turned to negative earnings before interest and taxes (EBIT) of 7 million Swedish crowns ($805,000/749,700 euro) in the first nine months of 2015 from a positive EBIT of 71 million crowns a year earlier as its customer base reached 885,000.

In Croatia, a country of 4.3 million, Tele2 competes with Vipnet, a subsidiary of Austria’s Mobilkom, and the mobile arm of incumbent telco Hrvatski Telekom.