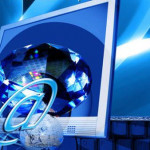 During the annual IBM Business Partners award ceremony held on March 20, 2012, CROC was named a Platinum Business Partner 2011 in Russia for the third consecutive year. This status serves to acknowledge the expertise and high quality of numerous large IBM-based projects implemented by CROC.

“Despite our 10-year partnership with IBM, we need to devote much effort to attaining the highest status. For instance, during the past year we completed 266 projects on IBM platforms. One of the most notable projects was the implementation of the world’s largest corporate service bus at Sberbank. The nation’s flagship bank now carries out its transactions in real time across all nine time zones in Russia. We are certainly committed to building a strategic partnership with IBM. To this end, we do our best to keep pace with developments and to gain new knowledge and competencies. For example, in 2011 we enhanced our expertise in predictive analysis systems with the IBM SPSS Support Provider status. I am confident that this is just the beginning!” said Boris Bobrovnikov, CROC Director General.

During the year, 275 CROC employees completed training courses, participated in conferences organized by IBM and passed IBM specialization exams. A number of joint projects were implemented in finance, power, insurance and other markets. For example, CROC created several IBM-based integration solutions for a large bank. The project included one of Russia’s first implementations of IBM WebSphere Transformation Extender and a specialized pack for SWIFT.

Furthermore, in 2011 CROC was engaged in the creation and upgrading of data centers for its customers. The company created solutions which significantly optimize the use of computing resources by a large automaker, government authority, electronics vendor and several financial institutions.

“It is well understood that this high recognition can be attributed to the large number of successful projects carried out over the past year. In addition, the Platinum Partner status acknowledges the company’s contribution to the development of Russia’s IT market and the promotion of innovative solutions. CROC’s progressive approach, our joint targets and well-coordinated teamwork help us jointly achieve excellent results,” commented Kirill Korniliev, Country General Manager, IBM Russia and CIS.