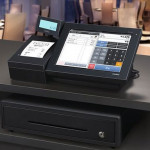 Farmers’ markets, which have proven to be hugely popular across the Czech Republic could be hit by the recent introduction of the new electronic cash registers system (EET), designed to clamp down on areas of the grey economy and to bring in more tax revenues.

According to Czech news site iDnes, some stall owners have decided to yank their wares because of the EET.

Farmers’ products will come under the third wave of the system, beginning in March of next year.

Some food products even come under the 2nd wave of the EET already implemented with more expected next year.

iDnes says that some small sellers have already thrown in the towel; the news site spoke to a farmers’ market organiser in Jihlava, the capital of the Vysočina who told the daily that a whopping 90 percent of sellers had called it a day, which had caused organisers to put additional markets on hold.

The fear is that new replacement participants will not be found, not least with the third wave of the EET to kick in next year.

Others interviewed by iDnes posted less dramatic numbers, but some were similar: 70 percent at one market but 20 percent at another.

That number was confirmed by Radek Aleš representing a firm organising between 15 – 20 farmers’ markets across the Czech Republic per month.

Mr Aleš told the news site that older, less technically-inclined sellers were among those to have greater worries over the system and conclude they’d rather not take part than put up with the hassle.

Some of the sellers already earn so little the ‘extra work’ with the register system was simply not worth it.

The Finance Ministry points out that the EET system should not present any problems for senior sellers, saying there were cash registers tailored to older users, which were easier to use.

According to iDnes, some farmers’ markets, meanwhile, have not been negatively affected at all or very little. Markets in Prague, for example, such as on the city embankment at weekends, appear to be booming.