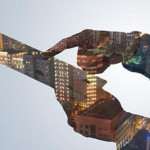 Prague, March 14 (CTK) – Czech and German firms should lead the field in the sphere of digital industrial transformation, Petr Ocko, the Technology Agency of the Czech Republic (TA CR) head, said at a press conference with Deputy Prime for Science, Research and Innovations Pavel Belobradek on Tuesday.

In cooperation with the German Education and Research Ministry, TA CR has declared a call within the programme DELTA in support of industrial companies from both countries.

DELTA encourages the cooperation of Czech companies and research organisations with foreign partners.

It is to enhance the access of teams from the Czech Republic to international knowledge and know-how and to foreign research capacities and to facilitate entry to foreign markets.

“We are registering a great interest from both sides for the joint call along with Germany, with the topic Industry 4.0, in the spheres of big data, virtualisation, artificial intelligence, robotic systems, the relations of men and machines and knowledge management,”

It is a crucial affair for the Czech Republic and Germany that will contribute to the Czech-German strategic dialogue, he added.

Belobradek (Christian Democrats, KDU-CSL) said the sphere of science, research and innovations was a leader within the Czech-German strategic dialogue.

“We are conducting talks on a very close cooperation with the Fraunhofer Institute and the Max Planck Institute,”

The Czech Republic should be inspired by Bavaria that spends 2 percent of GDP on digitation, while the private sector contributes with 1 percent.

For the years to come, TA CR plans new forms of support. After 2020, the volume of the money from European structural funds will be lowering, to which it wants to be adapted.

It is drafting the national programme of competence, which is to be crucial for the cooperation between firms and research organisations.

Belobradek said the spending on research and science was increasing in the state budget.

TA CR budget in support of projects is to be roughly 3.6 billion in 2017 and perhaps four billion crowns next year.

Ocko said, adding that it was a 52 percent rise compared with 2011.

TA CR now sponsors over 1500 projects with the annual budget of over four billion crowns, while 2.8 billion crowns were from the state budget last year.