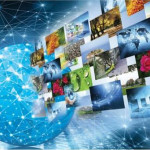 A comprehensive survey mapping the state of the Czech Internet economy has just been completed by the companies most closely involved.

The results are a mixed bag, but the basic message is that while Czech companies are forging ahead they are often doing so without much government help or even in the face of government obstacles. And the state’s efforts to ease the life of citizens by rolling out e-government initiatives is also taken to task.

The last time a comprehensive survey of the Czech Internet economy was carried was back in 2013, and in terms of this fast evolving sector that’s a long way back in the past. The latest survey carried out by the Association for Internet Development (SPIR), a grouping of around 50 companies and entities deeply involved in the sector, has a lot of positives about Czech developments.

One of the positives not covered in the report, though perhaps implicit thanks to his presence at the report launch, is the fact that the Czech government has now nodded to the importance of the Internet sector by appointing a coordinator for the digital economy.

Secretary of State for European Affairs, Tomáš Prouza, since May last year now juggles that responsibility with his other engagements. And he was quick to highlight the survey’s upside as regards the development of the Czech sector.

“To take one basic illustration, the contribution of the Internet sector to the Czech economy totaled around 4.13 percent in 2015. To compare with that, the agricultural sector counted for around 2.5 percent of GDP, that’s around a little more than half of the contribution of the Internet sector. And the construction sector, to which everyone gives an enormous amount of political attention to, amounts to around 6 percent of GDP. Very quickly, in around two or three years, the Internet economy will be worth more than the entire output of the celebrated Czech construction sector.”

Indeed, there are already many encouraging aspects to the Czech Internet economy. Growth in the closely related Information and Communications Technology (ICT) sector has rocketed over the last couple of years, rising from around 1.0 percent in 2013 to just short of 5.6 percent in 2015.

That’s almost twice the growth rate of the Czech economy as a whole for that year. And, it’s not that surprising as many Czech companies are investing heavily in information and digital hardware and software to keep pace with fast developing Internet sales and orders, the looming so-called Industry 4.0 digital revolution, and the demands of crunching so called big data.

“In around two or three years, the Internet economy will be worth more than the entire output of the celebrated Czech construction sector.”

And perhaps most impressive of all, at around 30 percent, Czech companies have the second highest figures for electronic sales as a proportion of total earnings in the whole EU, trailing only Ireland. They are also third placed for corporate purchase over the Internet and for sales to other EU countries over the Internet.

At a more individual level, the Czech Republic was also placed second, only behind Sweden, in 2015 for the number of citizens with basic digital skills in the areas surveyed.

Ján Simkanič is the chairman of the SPIR association:

“As regards the Czech private sector, in comparison with the rest of Europe we come out very, very well. The Czech Republic is second placed in the whole of Europe as regards Internet sales with regard to total turnover with around 30 percent. That’s a leading position with regards to the rest of Europe. That’s a figure that personally surprised me. When you look closer, Poland is 14th, which is around sixth from the bottom and is worth highlighting in itself.”

In one of the most dynamic parts of the Internet economy, Internet sales to customers, e-commerce, the Czech market expanded at a rate of 16.5 percent in 2015 to total 81 billion crowns. And it’s estimated that there is plenty more room for growth with e-commerce grabbing around 5.5 percent of total Czech retail sales when in neighbouring Germany it’s already 11 percent and in the United States 14 percent.

That’s the good news. But the downside of the recent boom is that there is already a shortage of trained IT experts in some parts of the country and IT economy. In Prague the demand for experts is considerable and not being met with just over 3.5 job offers for every applicant. And that sort of imbalance can also be seen outside the Czech capital. State secretary Prouza again:

“Today in the ICT sector there are around 140,000 people working. That number is rising very fast as Czech companies digitalize and modernize and as start-ups begin to develop and grow. All that means that we are going to need a much bigger workforce and a different type of qualifications and capabilities than what we have been used to in the past. Everyone knows that we are lacking tens of thousands of IT experts. If there were 280,000 now instead of 140,000 then I believe that they would all still find jobs.”

There are other fundamental problems as well. While most Czech companies are connected to the Internet, they are overwhelming connected at slow speeds of just over 2 Megabits/second rather than the higher speeds of 100 Megabits/second needed for some of the most demanding corporate applications.

And there the reason is pretty simple, high speed Internet has only been rolled out in a very small part of the country, mostly covering the main cities, with just 7.0 percent of companies using it.

And while companies can often haggle attractive connection prices from the big telecoms companies, that’s not the case for most of the Czech population who are very dearly for the service compared with much richer European neighbours. Mr. Prouza:

“A more problematic aspect is at what price people are now connected and that applies to the normal retail sector for ordinary people. When they are using mobile interconnection it is not at all cheap and not at all affordable. I think that is one of the questions we must address: how to simplify connection for the non-corporate sector, which have their own attractive conditions, for mobile connections for ordinary people.”

And if the Czech Republic is not up there with some of Europe’s Internet leaders, such as Estonia, Ján Simkanič believes that much of the blame can be laid at the foot of the government and state authorities themselves for their long failure to take account of the sector and the continued barriers being put in the way of its development.

In particular, the Czech government has failed to pave the way for citizens to interact with the state over the Internet rather than at the counters of local and regional councils, tax offices, and government departments and agencies.

“Looking at the bad news, when you look at the contact between individuals and the state sector, we are in the bottom half when it comes to European comparisons. When you look at how private individuals use the Internet in connection with state authorities is well below average. If you look at the download by individuals of public forms and documents, it is just 17 percent for the Czech Republic. The European average is 29 percent and we come out as third from the bottom ahead of just Romania and Bulgaria.”

Some of the gaping holes in the roll out of e-government include the absence of so called electronic identities for Czech citizens, tailor made and secure chip cards with passwords which could pave the way for Internet interaction with all sorts of public and private bodies.

There’s the fact that the Czech Republic, according to the association, has still not rolled out a plan for using the 14 billion crowns in EU money being offered for the development of a high-speed Internet network.

And then there is the run of the mill government legislation, such a proposals to block foreign betting sites, which the association says runs in the face of basic principles such as network neutrality and suggests officials take little or no account of their actions on the Internet economy. Ján Simkanič offered his own rather damning conclusions.

“I’d like to put the bad news side by side with the good. The difference between the ability of the private sector and public sector to come to terms with the digital sector amounts to the biggest rift in the whole of the European Union. In one, we’re well out in front, in the other we’re well behind. It’s a tragic failure over the last 15 years of the Czech public sector.”